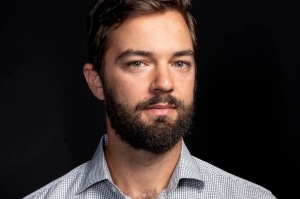 I also make podcasts. In 2018, I hosted, wrote, and reported UNDERDOG, a series about Beto O’Rourke and the 2018 Texas Senate race. In 2019, I co-wrote and reported OVER MY DEAD BODY, which investigated the murder of Florida State law professor Dan Markel. (OVER MY DEAD BODY is currently being developed into a streaming series for HBOMax.) I’m currently at work on two podcast series slated for release in early 2021.